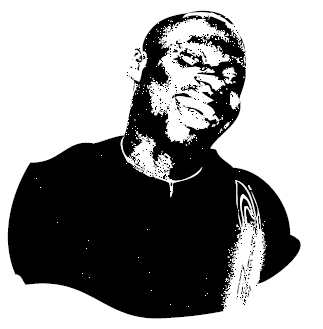 The murder of Maxwell Itoya

On Sunday, May 23, around 10 o’clock in the morning, during a routine control of shoe and clothing dealers- deemed “business criminals” by the authorities- at Warsaw’s main market, non-uniformed police officers brutally arrested one of the sellers. Witnesses of the arrest, surprised by the unusual level of police violence, began calling on officers to regain calm. In reaction, one of the officers fired at 36 year-old Maxwell Itoya, a Pole of Nigerian origin, killing him on the spot. The police officer did not fire a warning shot in the air and the killing occurred in breach of legal procedure. All evidence reveals that Max did not provoke this radical act; he was not aggressive, rather, he called for peace and calm. The solidarity that Max showed towards his friends was answered by a lethal shot fired by a member of the police in his direction. Ironically, as this tragedy took place at the Stadium market, celebrations of the Warsaw-wide Day of African Unity were underway across the rest of the city.

Max’s murder caused outrage in the crowd. 32 persons- the majority of whom witnessed the shooting- were arrested and later charged with aggravated assault of police officers. The arrested persons were released within 48 hours, with the exception of one, who still remains in arrests and is facing possible deportation. 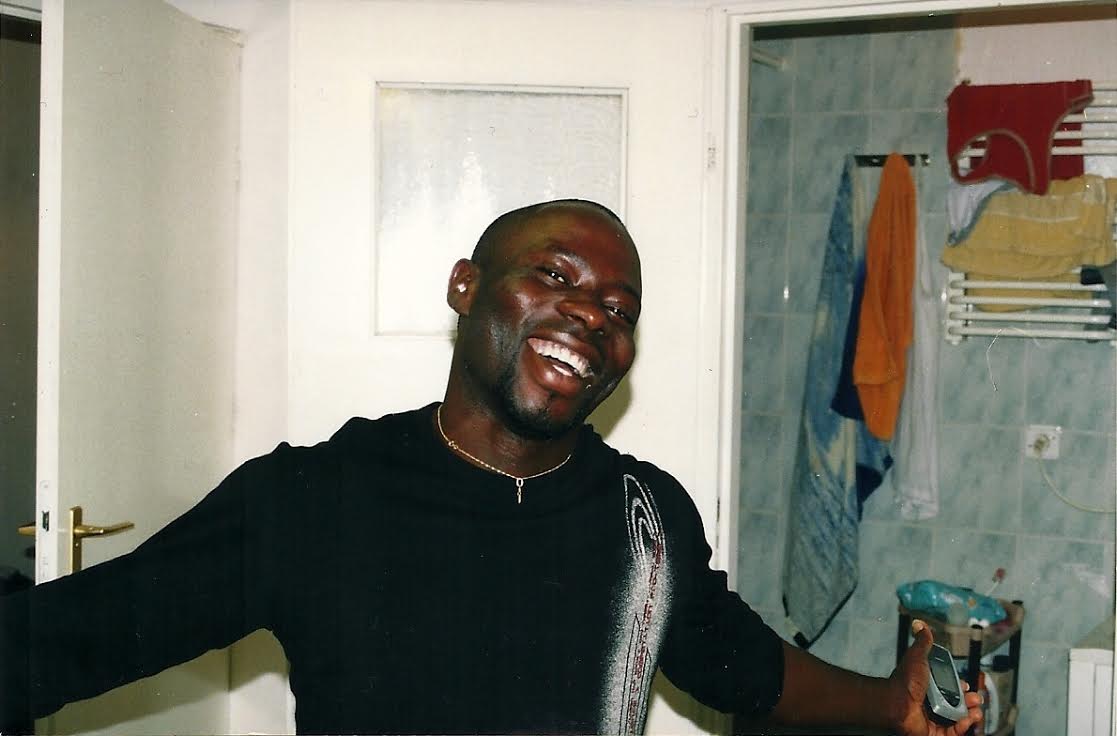 In several instances, police officers breached procedures during the arrests. One of the arrested witnesses for example, upon being returned his belongings, discovered that his phone’s memory card- on which he had recorded the entire shooting- had gone „missing.” Another, in response to his pleedings to loosen his tight handcuffs, was injected with a tranquillizer by the same officers who had beaten him just before. In a state of drugged confusion, he was forced to sign a statement.

Like many low-wage workers, Max sold goods at the market on the weekends in order to support his family. His legal status in Poland had been fully regulated for years. He had come to Poland in 2005 after his brother was murdered here. He left behind a wife and three children.

With no doubt, the police officer did not comply with standard procedure related to using firearms, according to which: 1. officers should warn about their intentions 2. officers should fire a warning shot. In the aim of clearing any charges of breach of procedure, the police holds that in accordance with the law, the officer enacted a clause reserved for special circumstances. The police maintains that the shot was forced by Max, who had allegedly attempted to take the officer’s gun out of its case. No wittness testimony supports this line of events. On the contrary, witnesses state that upon seeing the police officer pull out his gun and point it at a fellow seller, Max reached out his hand to ask the officer to put his firearm away, saying „this situation does not require guns, but reason.” In following he was pushed and shot down.

Significantly, procedures relating to the use of firearms also prescribe the manner of their use: „the use of firearms should occur in a manner causing the least possible harm to the person against whom the arm is being employed” (art.17ust.3). In the meantime, it is an incontestable fact that the only shot fired in Max’s direction was lethal.

Indicative of this entire situation is that however widely available may public and anonymous testimonies contradicting the police version be, the prosecution continues to base its case on only a fraction of the testimonies.

Witnesses to the event were in majority immigrants- arguably the most predominantly systemically excluded group in today’s world. Upon crossing the EU borders, migrants are de facto categorized as „illegal,” and it is only after torturous bureaucratic procedures that some of them can formally enjoy „full” rights. In the meantime, regardless of fundamental legal assumptions, they are „guilty until proven innocent,” and subsequently relegated to the margins of society. Their interactions with state organs are thus limited to acts of repression justified by the entirely incomprehensible concept of „illegality.” The Warsaw Stadium market played a crucial role in helping migrants achieve some sort of stability, nevertheless, their consistent persecution for comitting „business crimes” casts a shadow on the degree of justice available there.

The decision to testify finds its biggest obstacle in being without papers, as well as in temporary residency permits. Migrants’ everyday experiences show that to set upon the legal path in, for instance, a struggle against discrimination/injustice in the work place, translates to admitting the lack of legal status, and thus to subjecting oneself to possible deportation. In this perspective, fighting face to face with organs of authority appears as lunacy. The circumstances of Max’s death reveal the full scale of failure and inadequacy of the Polish system of social justice, which only serves to confirm the policy of indifference employed towards those excluded by the system. 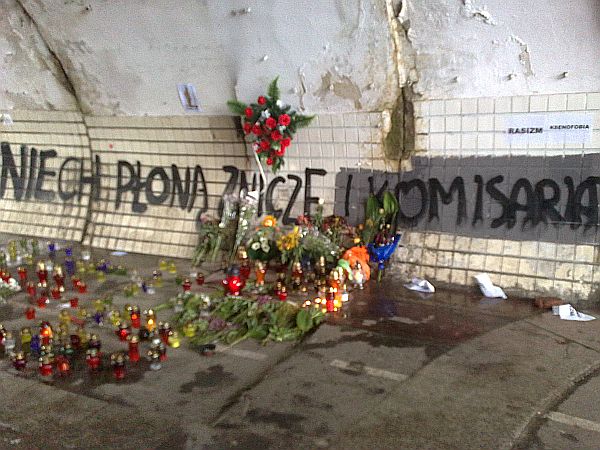 On May 17th, 2012, the press reported that the Warsaw prosecutor’s office closed its investigation in the case of Maxwell Itoya’s murder, explaining that a lack of evidence prevented it from filing any charges against the offendor. 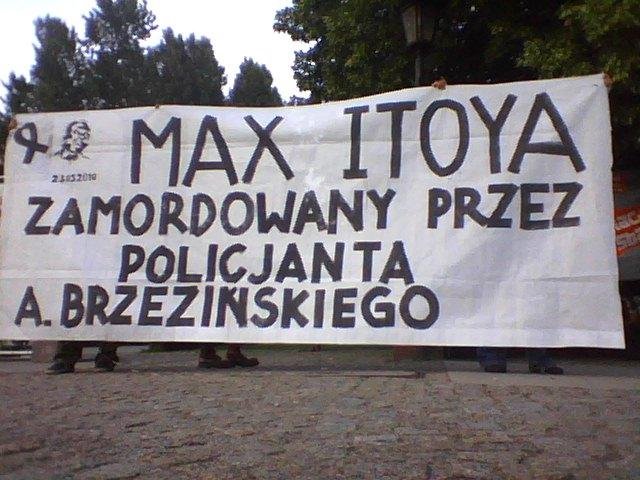 By means of direct democratic debate, with the active participation of Warsaw’s immigrants and local activists, as well as in cooperation with lawyers, we worked out a list of demands that will accompany our actions of solidarity until they are fulfilled.

-permanently leaglized stay for witnesses in possession of temporary residency.

We demand the immediate release of the citizen of Nigeria who since last Sunday, still remains under arrest.

The fundamental right to life was brutally taken away from Max under absurd circustances. To honor the memory of the deceased, we appeal to all cities to join in solidarity with immigrants in Poland, so as to maintain pressure on the authorities to fulfill our demands. 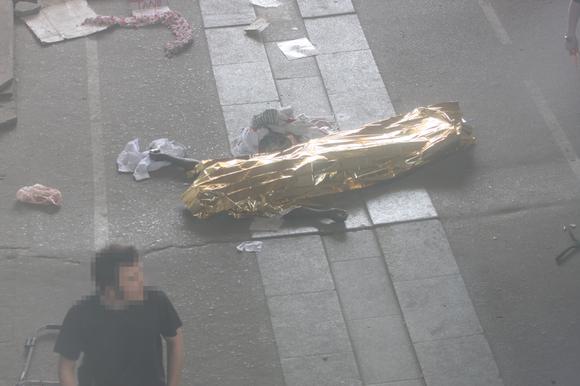 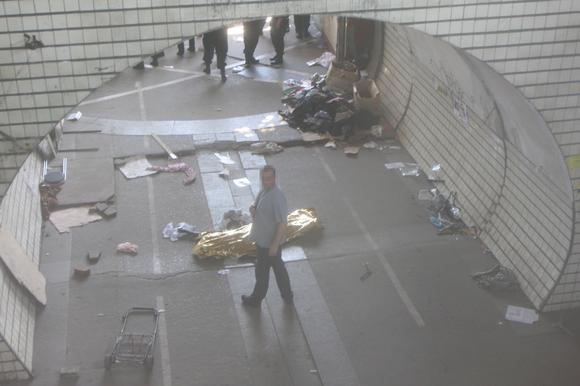