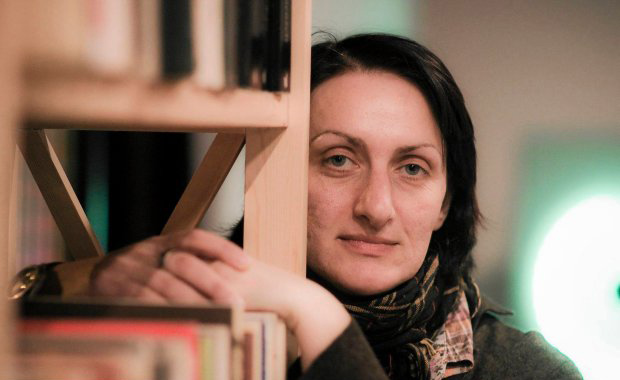 Ekaterina Lemonjava– Migrant activist formerly jailed at the detention camp in Lesznowola, Poland. She was deported after participating in the largest coordinated hunger strike in 4 of the 7 detention camps for foreigners in Poland, in 2012. She authored the widely-distributed letter, “I’ll tell everyone about hell in Poland”, which she dictated over the phone during the strike. In it, she denounced the dramatic, prison conditions in the so-called, “guarded centers for foreigners”, where entire families are jailed for “administrative” reasons.

Despite a pending investigation into the Border Guard’s abuse of authority, Lemonjava was deported along with other defendants who put the Polish authorities on the stand. The investigation was adjourned a year after the strike, in October 2013. „Nr 56, or My name is Ekaterina” is Lemonjava’s critical memoir. Begun behind the bars of her cell at Lesznowola and completed with the wounds of deportation still fresh, Lemonjava’s story is an intimate glimpse into the routine of dehumanization in Poland’s detention camps. Her account is a cry of fury, shared by hundreds of migrants whose experiences usually collect dust on the desks of jaded journalists, are lost in the abracadabra of the judicial system, or fall on the death ears of those for whom freedom is something that defines not life, but the market. For Polish readers, who no longer have to worry about their papers when seeking refuge “in the West”, this book is a bitter reminder of the solidarity that is being lost in the transition process and a fresh look at what dubious role our country plays as a guard dog in Fortress Europe. How much power can the government have? Ultimately, Lemonjava’s narrative aims for more than empathy and understanding; she wants her story to inspire us to change this situation and never again let it happen. The book’s message is one we all feel deep down: dignity is not a matter of compromise.

Today, Lemonjava is a migrants rights activist who, most notably, has been invited to testify based on her experience in Lesznowola at a UN forum on Europe’s responsibility towards migrants. She is also scheduled to talk at the upcoming “Stop War on Migrants” International conference in Berlin. From February 16th – 22nd, Lemonjava will be touring in Poland along with allies from the No One Is Illegal- Poland group, who supported her and others during the hunger strike in 2012 and after her deportation back to Georgia.

We are raising funds in order to publish Lemonjava’s book independently. This will be the very first publication written by a migrant author about the detention camp system in Poland. Help us make this publication a reality! We need to raise 10 thousand Polish złoty (2,5 thousand Euros) in order to pay the translator and print the book. Support Ekaterina’s book publication online, here: Donate