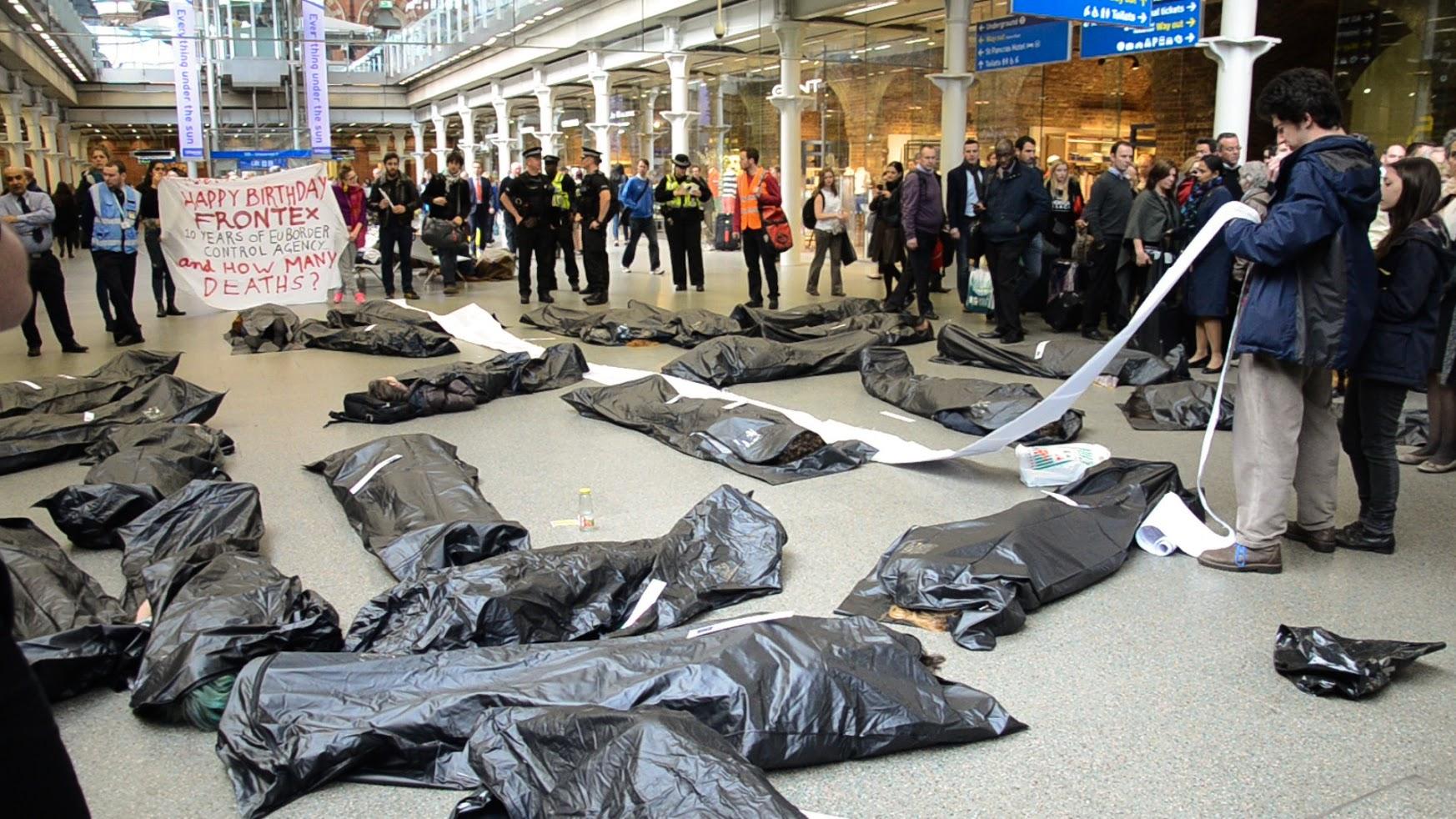 “On Wednesday 19th May, we staged a demonstrative action to protest FRONTEX and the EU’s irresponsible ‘externalisation’ approach to border policy on FRONTEX’s 10th anniversary.

Unknown tens of thousands of deaths have been caused as a direct result of the agency’s establishment. Delocalising border controls and outsourcing the management of migration flows has created a situation where neither FRONTEX nor the participating state actors are held accountable for migrants’ rights violations. Our action aims to highlight that FRONTEX’s 10th birthday is no cause for celebration.

FRONTEX was created in 2005 by the EU national governments in order to prevent access to its 42,000 km of coastline, 9,000 km of land borders and 300 international airports. It now plays a key role in migration policy – reflected in the mammoth increases in its budget (from €19 million in 2006 to €118 million in 2011), its allocated military resources and its autonomy. This evolution has occurred in tandem with a rapid drop in funding for search and rescue operations – a ‘let them drown’ policy endorsed by the UK’s
Home Office. Organised by the “No Borders” campaign at SOAS, the flash mob consisted of 25 of the 35 involved occupying the space just outside of the Eurostar exit in body bags, serving as a visual representation of the consequences of FRONTEX’s existence. Other participants
distributed informational fliers for passers-by. A list remembering the 20,000+ migrants that perished up to 2012 was recited for the duration, while the pianist of the group played a dark rendition of the ‘happy birthday’ song as a discomfiting reminder that every successive year of the agency’s existence means more unnecessary deaths.

We chose the Eurostar area to draw attention to the imbalance of a situation in which those privileged by a geographical accident of birth can safely cross the Channel without seeing a single drop of water while at least 3,000 attempted migrants have drowned in the
Mediterranean in 2015 alone. FRONTEX and every state complicit with the EU’s border policy stand in direct
contravention of Article 13 of the Universal Declaration of Human Rights (1948), which enshrines freedom of circulation and proclaims the right to “leave any country, including one’s own, and to return to one’s own country”. Beyond even its inestimable bodycount, the readmissions agreements FRONTEX signs with third countries allow those migrants who survive to be returned to states with which they have no link at all beyond transiting their territory before being intercepted in Europe. The agency considers that it is not its responsibility to confirm that human rights are respected in a given country. The oft-repeated explanation of “smugglers” as the main cause of death on the Mediterranean is a smokescreen for hypocrisy – these smuggling networks are given life by the same visa regime that prevents migrants from reaching Europe legally. It is indispensable and urgent to raise awareness of the EU’s murderous border policy, and
to challenge our governments to answer for the blood on their hands.” 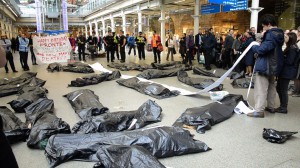 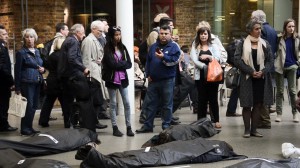